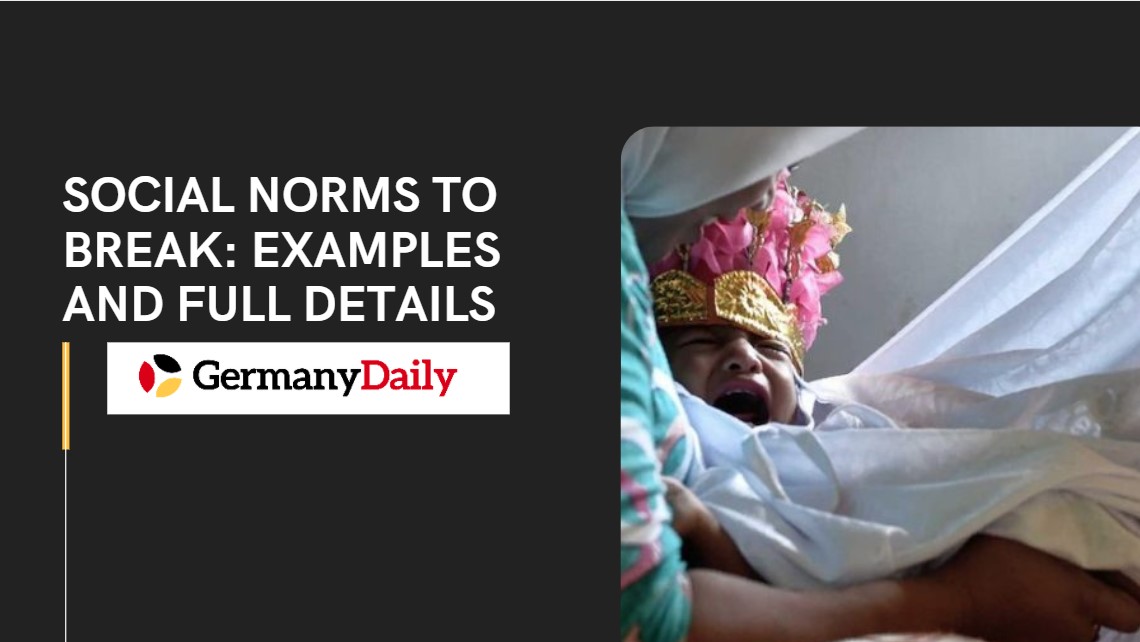 Social norms are unwritten rules of the society we live in. We follow them as they are embedded in our brains since childhood, but it doesn’t mean there are no social norms to break. We looked at what social norms are and how they can be effective or bring destruction to society. It is the choice of an individual to not follow certain norms that can hamper his own development or fight against norms that are inhumane and have no place in the modern world.

What Are Social Norms? In easy words, social norms are things that the majority of society approves as ideal behavior. If you are part of a society your acceptance or outcasting depends on these unwritten rules that you have to follow. It is one of the ways we have functional organizations; for example, shaking hands irrespective of gender is a standard way of greeting someone you don’t know, but if you hug a stranger tight on the first meeting, your behavior is not welcomed.

Are Social Norms the Same Everywhere?

Social norms are not the same everywhere, and it depends on the culture, the situation you are in, and the atmosphere. For example, in the middle-eastern culture, you are not allowed to shake the hand of the opposite gender, it is considered breaking the norms, and it might be the reason for your outcasting.

Why Are Social Norms Important? Social norms are important because it gives a way of conduct to human beings. If everyone in the society decides a way of conducting themselves, then we would have a society that would break. For example, the behavior is influenced by the norms of the society, in a hospital you have different behavior than that in a party, why? It is all because of the norms. Norms thus conduct our behavior. Just imagine having the same attitude in a hospital-like you have at a party, would that be accepted or the right behavior? Absolutely not.

We can see that the norms are altered with respect to a place, like the above example of a hospital and a party; likewise, it changes when you interact with different groups of people. You have to follow different norms with a group of colleagues as compared to a group of friends. The fabric of society is held by these widely accepted values, attitudes, and beliefs.

Not following norms is a crime? There are two types of norms in this world, one for which the laws of the country can punish you while others that are all dependant on your choice, you are not bound to follow them. It’s like the opposite of Culture Bound Syndrome.

Explicit norms are those that are articulated publicly by rules, legislation, signs, or other means. If you don’t follow these norms then you will be punished by law. An example would be the sign of the speed limit.

Implicit norms are not written but are well accepted and agreed-upon that govern the lives of community members. There are unofficial laws, but most people follow them instinctively. An example of this would be not sitting with some stranger if the cinema has free seats. There are norms in society that can hamper your development as an individual, and breaking them is not a violation of an individual or society. Some societies have norms that are absolutely barbaric and we will talk about them.

Social norms to break – Hampering the development of an individual

We have this acquired thinking that whatever the majority is doing, by doing that you can attain success. A fallacy and even a study show that following someone like a herd of sheep will not bring you desirable results and in fact, it can bring chaos like drug abuse into your life.

There is a wrong belief in the people that the advice of family and friends is more important and seeking the advice of strangers is not good but trust me once you go and look out the advice of people who have more knowledge a d who have failed at life and learned and relearned instead of going with the advice of your loved ones, which is mostly based on instinct, then you will see true personal development.

We are always taught to tame our wildest desires and wildest ideas, but as long as these wildest ideas that spring up in your mind every now and then are not harmful to anyone, taming them is not the right thing. We have seen lots of madmen becoming the inspiration of millions of people around the globe. If the likes of Steve Jobs, Bill Gates, Elon Musk followed the social norm of caging your wildest ideas and following grad school and the education system entirely, we wouldn’t have the world that we see today.

Female genital mutilation That is the removal of the female clitoris’s exterior and the clitoris’s hood. This is the same as cutting the entire penis rather than just a fold of skin at the tip. It essentially deactivates the primary sexual arousal center in the majority of women. The justification for this is to reduce the woman’s sexual satisfaction in order to make women less likely to cheat on prospective husbands. It is mostly used to exert sexual dominance over women.

It is part of many cultural integration around the globe and mostly in Africa. In countries like Egypt and Mali, 90% of the females between the ages of 15-49 have suffered from this act of savageness. This can result in several complications, like:

Such social norms in our society should never be followed, even if you are outcasted, because now there are international and local laws about this, and practicing FGM can send you to jail for more than a decade. There are still countries like the UAE, India, Syria, Sri Lanka, and Libya, etc. That doesn’t have laws in place, but if your country doesn’t have any punishment for it, then the international community can help you. Many non-governmental organizations are working towards eliminating such cruel practices. Keep in mind that Folk Culture on the other hand is to be respect.