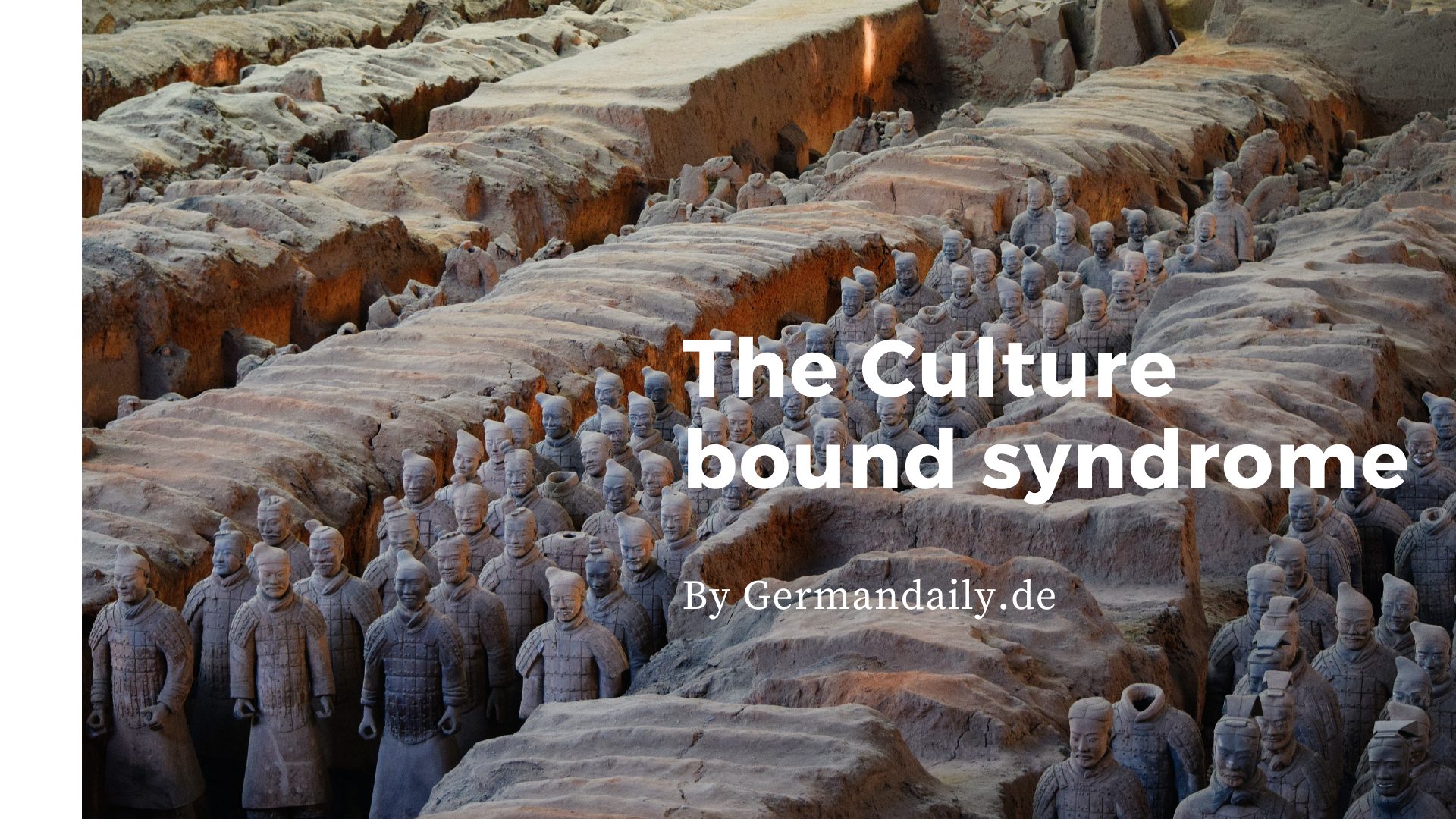 The culture bound syndrome is the psychological or corporal characteristics in a group of people belonging to a certain culture, race, or place.

What is the culture bound syndrome? What is the culture bound syndrome?

The culture bound syndrome is a new horizon to explore for science. It has shaken the beliefs of the world of psychology. As it is hard to come up with criteria for it on which we can label someone as suffering from a mental disorder or to label it as a behavioral epidemic. The American psychiatric association recognized it in 1994.

How to identify the culture bound syndrome? How to identify the culture bound syndrome?

The criteria for it is very simple: In most of the society outside the developed world, there is a strong emphasis on folk-tales, evil eye, black magic, and other beliefs, which are called manufactured by the world of science. The people of these places hold certain ceremonies and label them holy. If by the disruption of nature, like rain or a hail storm, if these ceremonies don’t take place then the psychological effect it has on the people of that place are widespread and it is hard for them to recover from it objectively unless and until an antidote in that culture is performed.

Is Culture Bound Syndrome in one region? Specific to one region?

No, it is not bound to one region. Since the inception of the internet, people now have seen a world beyond their origin, and there have been many emphases placed on immigration. People move from one country to another, seeking a different life and new opportunities, but with them, they carry their roots, and part of their upbringing is the culture-bound syndrome. These are a few examples of the culture bound syndrome.

It is a culture bound syndrome, and it is exclusive to Hispanic-Latino people of the Caribbean. The people from this region suffer from an unimaginable burning sensation in the chest that radiates to the other body parts. There are signs of a nervous breakdown but can’t be easily explained in a very severe manner unless you suffer from it yourself. Shouting, screaming, and screeching are common during the attack of Ataque de Nervios.

This is considered common in the region of India and Pakistan. People from these cultures complaint about the gastric issue and associate it with chest pain, headaches, back pains, and even with the issues of the joint, the doctors from this culture are aware of the psychological perspective of the people about this common misconception and they treat the patients with a lot of care. Some doctors even try to calm a patient by saying they have gastric issues.

It is a common syndrome in the continent of Africa and it came under the spotlight when Ethiopian immigrants in Israel started having somatic and physical syndromes alien to the people of Israel. It is related to the zar spirits, and people suffering from this believe they possess them. The main observable feature that you see in a person suffering from this is the gibberish they say, alongside the involuntary movement of the body.

Arctic Hysteria has 4 phases. In the first phase, the person suffers from withdrawal from society and prefers isolation for days. In the second phase, you see a very erratic and irrational behavior as the patient tears his or her clothes off, shout and try to throw objects at others, and run outside in freezing conditions. The duration of this phase is only half an hour. During the third phase, the fatigue from the second phase causes seizures or a coma in the person, and it lasts half a day. In the last phase, recovery occurs, and in most cases, the people don’t remember anything from it.

People from the arctic region suffer from this and it is most common in winter. It is common in women but men also can suffer from this. We western science says that it is due to the lack of sunlight for the people of this region, which becomes negligible in winters. Also, they attribute the eating of animals like the polar bears with the artic hysteria because their liver is very rich in Vitamin-A and it can cause Hypervitaminosis A, while traditionally this has been associated with spirits and holy revelations.

We can see that there is a range of conditions that can be misinterpreted or associated with fictitious beliefs that are not regarded by science. The reason for this is the lack of knowledge and the emphasis on science in these regions of the world; humans need to explain things to satisfy their curiosity about things, everything in this world is caused by something, the modern world looks at the structure of the molecules, the coiling of the DNA, etc. To explain the unexplainable while the other world, they explain it through their faith. It is a sad reality of our world that we call it a global village, but we have not illuminated the whole world with the power of science and have let many people live in the bygone era. In cases like these, emotional healing can help recover faster.

Can Dogs Eat Avocado? 10 Things You Must Know