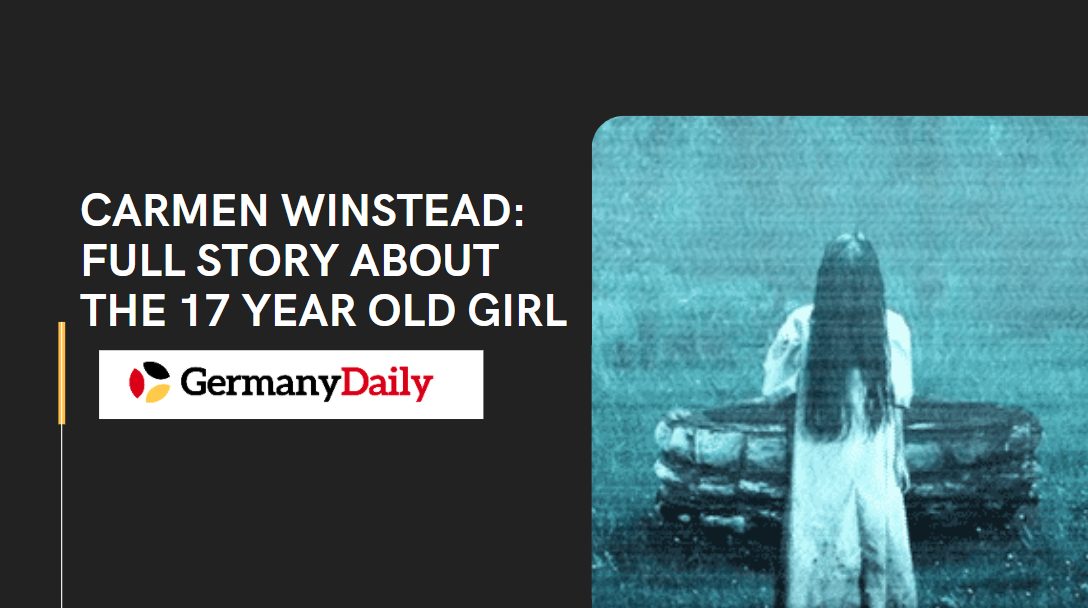 Urban legends have terrorized the internet since its inception, and the story of Carmen Winstead is one. In this article, we will tell you the full story of this 17-year-old girl.

Who is Carmen Winstead? Moving to a new city

Carmen Elizabeth Winstead was a high school student, from Indiana. Her parents had moved to this city because her father was seeking employment in this city which meant Carment lost her friends and was now in a completely new environment without any acquaintance.

Carmen was an introvert, and it was not easy for her to make new friends, and she was terrified of being judged.

Carmen had not made friends till the middle of the school year. The folks at her school were not kind to her, and she spent the school year all alone. Taking classes and moving in isolation here and there, but then she met a group of 5 girls, whom she thought was her friend, and hanged out with them until she found out that they have been creating hoaxes against her tarnished her image. Carmen Winstead decided to confront them, but upon confrontation, the five girls turned on her and resorted to extreme levels of bullying. That continued for a long time. It eventually started by calling out her name, which Carmen shrugged off, but it got worse when they saw she is unmoved. One day she left her books in the class, and after coming back from the break, she saw that someone with a sharp object had carved vile words on her book. Another day, she saw that someone had poured yogurt inside her bag. Her locker getting vandalized became a norm and the final blow came when once someone filled her jacket with dog poop.

How did carmen Winstead die?

Carmen got tired of this bullying and she had decided to complain to her teacher about this by staying late after school but fate was not on her side, and her death was written that day. After lunch in school, it was announced that a fire drill would be held. The student was asked to fill the yard outside when the fire alarm is sounded. All the students, including Carmen Winstead and the five girls, gathered in the yard. There was an open maintenance hole, and the girls decided to give Carmen the ultimate embarrassment by pushing her into that. They surrounded Carmen and pushed her inside the maintenance hole.

When her name was called, the girls shouted, “She is down in the manhole,” but little they knew that Carmen had met her fate while other students were laughing at the answer to that name-calling. The laughter turned into silence when the teachers saw Carmen’s dead body lying in the bottom of the maintenance hole with poop and muck surrounding her. Her head was broken at a 360-degree angle, and blood covered her face.

When Police came over for investigation, they found out that the cause of death was breaking her neck due to the fall and her head hitting the concrete bottom. The ladder of the maintenance hole broke her neck, and it had torn her face.

Carmen’s body was recovered from the sewer and taken to the morgue by officers. All had to wait behind after school while the cops interrogated Carmen’s classmates. The five girls made false statements, claiming they saw Carmen slip into the drain. Carmen Winstead’s death was considered an accident by the police, and the investigation was dismissed. It was thought to be the end of Carmen Winstead’s story at that school, but there was something horrific looming that school.

Carmen’s classmates started receiving odd e-mails on their MySpace pages months later. The e-mails were named “They Pushed Her” and reported that Carmen had been pushed into the drain rather than falling it. The e-mails further warned the attackers to come forward and accept blame for their actions. There would be disastrous consequences if they did not. The majority of people discarded the e-mails as a joke.

A couple of days later, one of the girls who had shoved Carmen into the drain was taking a shower at home when she heard a loud screeching laugh. It seemed to come from the sink. The girl began to panic and rushed out of the toilet. That night, the girl kissed her mother goodnight and went to bed. Her mother was awakened in the middle of the night five hours later by a noisy disturbance echoed in the home. She dashed into her daughter’s room, only to discover that it was empty. The child was nowhere to be found. The concerned mother phoned 911, and when the cops arrived, they initiated a sweep of the neighborhood. They then found the girl’s gruesome remains.

Her body was coated with muck and poop in the sewer. Her jaw had been fractured, and her face had been severed. It had been disconnected. All of the girls who pushed Carmen that day were discovered dead one by one. They were all killed in the same manner and discovered in the same place, where  Carmen had found her destiny in the drain, at the bottom of the same open maintenance hole. But the killings did not end there. Carmen’s former classmates were being discovered dead one by one. Anyone who didn’t think Carmen had been moved was finally discovered in the sewer with their necks cut and their faces ripped off. The reality of Carmen Winstead

Are there Carmen Winstead videos?

No there are no authentic Carmen Winstead Videos surfing the Internet.

What did Carmen Winstead look like before she died

Carmen had long wavy brown hair and light blue eyes before she was murdered. She was forced into the manhole while wearing a white t-shirt, shorts, and shoes. Her corpse was absolutely bloodied and mutilated after she was murdered. She was left with a skull with no skin. She is dressed in the same jeans as a Ghost, but they are all torn and dirty.

Is the Carmen Winstead story true?

There was no teenage girl named Carmen Winstead or Jessica Smith who died in this manner in Indiana and any other place in the United States in 2000. We looked for news stories about such a death but couldn’t find any.

The Carmen Winstead story has now been updated with more facts.

How Do Lobsters Communicate: A Guide