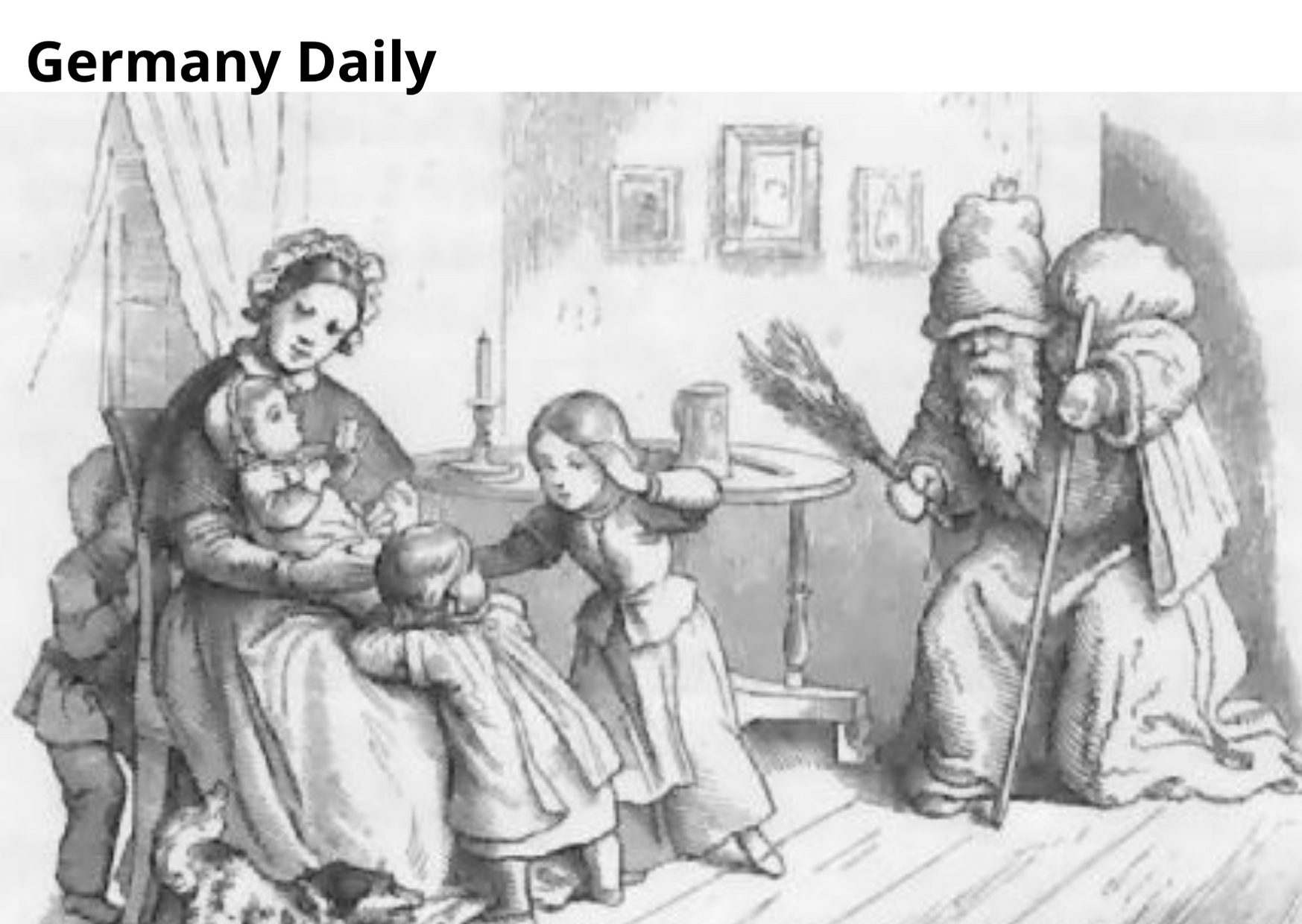 German mythological creatures are mostly terrifying and can disturb your sleep at night. So, if you have a weak heart, you may not want to listen to the stories. But, they are interesting. In older times, people used to believe in some of these scary creatures. These creatures are really a good thing in German culture. So, if that doesn’t terrify you, you must listen to some of these german folklores to get a much better idea. Here are some of the interesting ones from prominent German folklore.

In German folklore, one of the popular german mythological creatures is the Weiße Frauen meaning white lady. Basically, they are elven-like spirits that may have derived from Germanic paganism in the form of legends of light elves. Weisse Frauen dates back to the middle ages and in the European region. As, Germany was not formed from the start, so it was Europe back then. But, the place of these is now present-day Germany. The Weisse Frauen is a really beautiful creature with enchanting light. Their work was to guard the castles or treasures. Furthermore, they ask humans to break away their spells. Drude is a German Mythological creature that is more fearsome and scary. This is definitely one of those beings that can keep you awake at night. This folklore creature originates from Central Europe and is traditionally thought of as a demon. Basically, it’s kind of a malevolent nocturnal spirit and is associated with spirits as well. Druden participated in the Wild Hunt according to legends. The Drude was considered as a specific class of demons in Alfonso de Spina’s hierarchy. And, the word “Drude” is also used as a generic term for “witch” in the 16th century. Drudes attack you at night when you are asleep invading your sweet dreams.

It is the companion of Saint Nicholas as described in the folklore of Germany. This translates as Servant Rupert or Farmhand Rupert in English. These Knecht Ruprecht act as a foil to the benevolent Christmas gift-bringer Santa Claus to be precise. What distinguishes them from Santa Claus was their threat to thrash or abduct disobedient children. In the modern Western World, we have Santa Claus only. But, in these German tales, they have Knecht Ruprecht as well. IF the children are good, they will receive gifts, and if they are behaving badly then they get nothing or sometimes even threatened.

Ruprecht used to wear a black or brown robe with a pointed hood. Sometimes, Ruprecht walks with a limp because he had a childhood injury. You can see him carrying a long staff and a bag of ashes. When he goes on occasions, he wears little bells on his clothes. He rides on a white horse, and fairies also accompany him.

This is an amazing German mythological creature who existed in ancient Scotland. She is a washerwoman with a crones-like appearance and webbed feet. The Bean Nighe used to wait alongside rivers for people to pass. And, then the Bean Nighe acts as a portent of doom to anyone who sees her as it was a warning of their demise. According to the folks, she used to appear as a beautiful young woman, obviously depending on the situation. You can remember Bean Nighe as an omen of death and a messenger from the Otherworld.

Basically, this word is a variation of “elf”. The Alps are unique creatures in German folklore and they appear in nightmares in the middle of the night. These Alps are claimed to be the demons. Usually, they appear during a victim’s dream as sleep paralysis happens to you. After these creatures appear in the dreams of men and women. They continue to haunt the people by creating and showing them nightmares. Back in the old times, people actually believed that the Alps cause problems such as night terrors, sleep paralysis, and sleep apnea. As they have a horrifying appearance and can transform into butterflies, pigs, cats, snakes, or dogs. They are known to shape-shift.

It is often said that they disturb women more. They manipulate dreams but along with it, they also sit on the people who they are disturbing. And, the weight and heaviness of the body cause people to wake up from the terror, sometimes causing paralysis and apnea. The Alps also like to drink blood. So, they suck the blood through the breasts of humans. And, this is the reason they prefer women to get the extra taste of breast milk. Krampus is also a popular yet terrifying German mythological creature. Krampus is this horned and scary-looking, anthropomorphic creature. Moreover, it is quite hairy with either black or brown and has cloven hooves as well. The Krampus is like a big, scary goat that walks on its two legs. But, definitely much scarier, scarier enough to scare the shit out of you.

The Krampus is usually seen carrying chains for thrashing just for intimidation. He also carries a bundle of birch branches or a whip to spank the naughty children. He also had a sack strapped on his back to kidnap the children and drag them to the underworld. Now, don’t mix that with the St-Nicholas, Krampus is the opposite. They just give the naughty children reward or punishment. Good children get their dream toys and bad may get coal or something not for their use. In German folklore, this is some sort of vampire. Not, actually vampires, they are a hybrid between vampires and ghouls. You can literally translate their name to “after living”. This German mythological creature is very important in German folklore and around the northern regions of Germany. These are the creatures that come to life after death.

Usually, Nachzehrer comes into existence when a person dies because of unnatural things like suicide or accidental deaths. The curse of unnatural death that makes them one is not transferable like the modern vampires that we know. Apparently, they do not really suck blood but they do devour the bodies of the family members, and the loved ones, sometimes their own bodies as well. They can even kill you by ringing the church bells that may bring death to all who hear them. Another way of killing was they make you come in contact with their shadow.

As the Nachzehrer is ghoul-like, they are hard to kill and you can’t kill them by normal methods. Basically, you need to have a coin and then get ready to chop off their head. The coin was used to paralyze the Nachzehrer. Put the coin in Nachzehrer’s mouth and then make the final blow by chopping the head clean off its shoulders. But, the point is how to find the inactive Nachzehrer. You can find them lying in its grave with their thumb in opposite hand with a left eye opened. These German folklores are quite interesting. Aren’t they?

This German mythological creatures was inspired to induce fear in the children to make them sleep. Originated from South Germany, this folklore is described as a giant and nocturnal raven-like bird. Nachtkrapp usually goes out to hunt from their nest during nighttime. But, you may ask us, what do they hunt? They hunt little children for food. The main reason is children are smaller and easier to carry. They abduct the children to their nest and then start devouring them. They brutally rip their limbs and peck at the body to pick out the children’s hearts. Some people even say that they carry a special bag to abduct the children away with.

For those with weak hearts, we have a tamer version of this story as well. This is called Wütender Nachtkrapp that means Angry Night Raven. They don’t kill like the normal Nachtkrapp. They just make loud noises by crowing out loud and flapping their wings to terrorize children to stay silent. Then, we have another version depicting a benevolent version of the Nachtkrapp. This kind of version is called the Guter Nachtkrapp which means Good Night Raven. The bird enters the children’s room and gently sings them to sleep. But, there is a scary twist. It was only inducing fear amongst the children by singing scary children’s rhymes. And, then eat them while passing them with a ‘haha’ at the end. The Erdhene is a spirit in the German folklore found in the houses in the Alp region and Bavaria. The Erdhenes almost look like the Banshees. But, the appearance is very different from a banshee. He is usually invisible, (obviously it would, it’s a spirit) and roams around the house. But, if they appear in front of the human, they appear as a shaggy, old, and ash grey hen-like figure with a short neck. The Erdhenne tells about the death within a year. Obviously, it usually is the person Erdhenne shows up. Usually, a clucking sound comes when Erdhenes shows up.

According to another German folklore, this unique German mythological creature if cluck and flutter its wings nine times, it will bring disaster. Mostly, the head of the house falls deadly ill. Another legend says that the spirit answers the questions about disaster if you directly ask them. But, who wants to know about the disaster through a terrifying spirit?

Best Tips For Guys Who Give Up On Dating