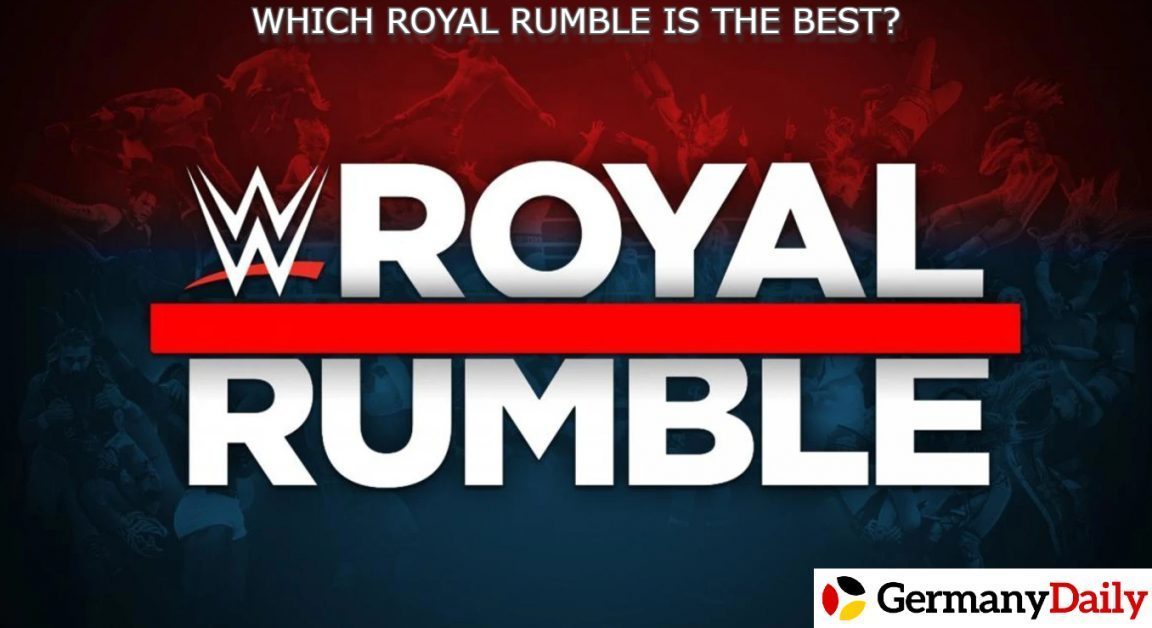 For this list, we are only listing the Best Royal Rumble matches themselves rather than the whole event. With that being said, let’s get ready to rumble and see which year’s Rumble is at the number 1 spot. Since this was the first Royal Rumble ever, it deserves mention purely for that fact. This Rumble only had 20 men instead of the 30 that we are now used to seeing. The winner was Jim Duggan, and rightfully so. This was the first-ever Rumble where a wrestler entered at the number one spot and won the entire thing. The person to do this is none other than the heartbreak kid Shawn Michaels. Ric Flair doing a promo after winning the ’92 Rumble.

The 1992 Rumble is always in the top 5 of everyone’s list. It not only marked the dawning of a modern event but also was extremely entertaining. Ric Flair was the winner of this Rumble – lasting for about 59:26 in the gruesome brawl. He eliminated 5 men before winning the whole thing and going on to become the WWF title.

Some of the highlights of this match include Sid Justice – who lasted for 5:55 – setting the record for most eliminations. Sid eliminated six men before shockingly getting thrown out by Ric Flair. Hulk Hogan assisted Flair by holding onto Sid while Flair eliminated him.

Some Fun Facts About the 1992 Royal Rumble

In his autobiography, Flair states that he found out on the day of the event that he was going to win. This was also the first time when the winner was crowned as the WWE champion. Ric Flair recently came over from WCW, which made this win even more shocking as a non-WWE guy won the main event. The carnage in the 2003 Royal Rumble

When we think back on it, the 2003 Rumble wasn’t iconic as it was a well-put-together event. The first two entrants – Shawn Michaels and Chris Jericho – started off the match with a bang. Both wrestlers were in a heated rivalry which further excited the fans to see who got eliminated.

However, Jericho used his tag team partner, Christian, to distract Michaels and eliminate him. This further aggregated their feud as it made Michaels extremely angry at the outcome.

The Undertaker held the record for the most eliminations by tossing out 5 wrestlers. He seemed unstoppable – until Lesnar came in the ring and eliminated Undertaker.

Brock Lesnar defeated The Big Show earlier that night to qualify for the Rumble and went on to win it. This proved how dangerous the beast Brock Lesnar was.

A Fitting Tribute for His Friend – 2006 Royal Rumble Rey Mysterio celebrating after his victory in the 2006 Rumble

Fans could already predict the outcome of this match the moment they saw Mysterio walkout at number 2.

Rey promised to win the Royal Rumble to honor his friend – the late Eddie Guerrero. This further proved to everyone that Mysterio was going to win that year’s Rumble. Despite everyone seeing right through the spectacle, it was still entertaining and everyone loved every second of it.

The Rumble itself is fairly lengthy but this was a fitting tribute to Eddie and it was truly a good decision from WWE.

Triple H and Mysterio lasted the entire match, meaning there wouldn’t be a shortage of star power. Rey finally eliminated Triple H and Randy Orton to win the match in honor of his best friend Eddie. This Rumble was one of the most hyped ones in years and it absolutely did not disappoint. The Rock got the win by eliminating the Big Show.

Highlights of the Rumble

X-Pac entered the ring after getting thrown out since the referees never saw him getting eliminated. The Acolytes lasted only for 20 seconds despite being considered a huge threat.

Chyna entered her second Royal Rumble match and even managed to eliminate Chris Jericho. The crowd got wild and blew the roof off of the building when this happened.  However, Big Boss Man soon eliminated Chyna and received monumental displeasure from the audience.

To top it off, the design of the set was phenomenal. It featured a taxi that appeared to crash through the building. The crowd was electrifying because the event was held in Madison Square Garden, New York. The poster for the 2001 Royal Rumble featuring top Superstars

The 2001 Royal Rumble is number one in the majority of the wrestling fans list. It really is a Rumble that had it all.

WWE advertised five superstars who were fan favorites to win the whole thing: Rikishi, The Rock, Stone Cold, Kane, and The Undertaker.

While it sounds like this is a bad thing, this was the time there were more than 2 guys who could be the potential winners. This seems like a restrictive move but in reality, it made the Rumble the most intriguing one.

Similar Reads: When Was Running Invented: History And Invention Behind Running

The start of the match was slow as it involved lower and mid-tier performers. This all quickly changed when Kane entered the number 6 spot.
The Big Red Machine eliminated 11 opponents before he fell victim to the Texas Rattle Snake Stone Cold.

Stone Cold last eliminated Kane and won his third Rumble – currently the only wrestler to win three Rumbles. This Rumble also featured the shocking return of the Big Show and a cameo from Drew Carrey.

Why Is This the Best Royal Rumble Match?

This Rumble epitomized the Attitude Era; with brilliant storytelling, violent scenes, and immersive crowds. You had to be there to truly feel the atmosphere of the Rumble. It will be a long while before anything comes close to the 2001 Royal Rumble.

Follow us
Related Topics:Best Royal Rumble MatchesWWE
Up Next

When Was Running Invented: History And Invention Behind Running