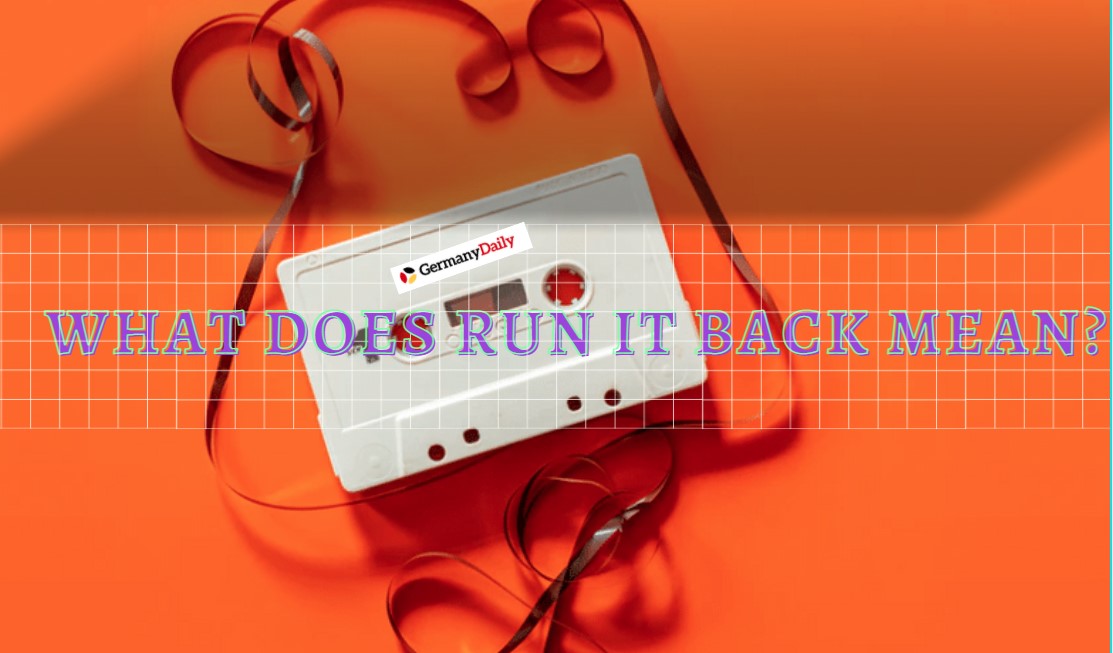 Run it back is a very old idiom and it means to go back from where you came from. There are many broader meanings of this, and we will talk about them from the perceptive of the English language and as well as the urban culture. Let’s discuss what does run It back means.

Run It Back Meaning in Dictionary

In the dictionary, if you search to run it back you will find a plethora of different meanings for it. Let’s discuss them one by one:

Run It Back Meaning Popular Media

Video games and sports (we have already talked about that) are very important to us. They have advanced to a level that many people can not live without them and for many, they are like an obsession, we will tell you how run-it-back is used in different scenarios.

Fifa is one of the most popular games on earth and millions of players play it each day. Do you know you can use the term run it back while playing this video game? Yes absolutely you can but don’t make the mistake of using it in the context it is used in American Football or Rugby.

So in easy words, run it back here means going back to the same team yet again and trying to win the game with them. For example, you are playing seasons of Fifa 21 and managed victory using Bayern Munich but after changing to Schalke FC you started to lose matches, if a friend tells you “Run it back buddy, Bayern is the dope team.” It means going back to the same team and then trying to win.

It can be used in the context of a rematch too, for example, you are having internet issues and you lose to your friends, by saying run it back you want a rematch to have your redemption and taste victory against him.

This can also be used in a lot of matches where the possibility of a rematch is there, for example, Halo or PUBG.

Run it back in terms of sexual activities or needs means going back to the person again with whom you once had a relationship. This is used when someone is single or indifferent about their current relationship and wants to go back to have the feeling they had with a person some time or long ago, for example, “Run it back to Michael.” These words might be very casual but they can be used in code words to suggest to someone to hook up with a person from the past.

Let us assume that at one point in life you didn’t have a boring 9 to 5 job. You were a free bird, a free soul who used to go to parties, get drunk and come home but now you have a ton of responsibilities and you are tired from how your life has panned out.

All of a sudden you hear a knock on your door one fine evening and see your old friend Dwight there. Upon pouring your heart to him he tells you to run it back.

In this context, it means to go back to the easy life, the party life, and find yourself again by doing something you loved.

These were some of the best meanings of the term run it back and hopefully now you will have everything clear to you. If you have any questions, ask away in the comment section of this article.

How is society different from culture? Knowing the basics