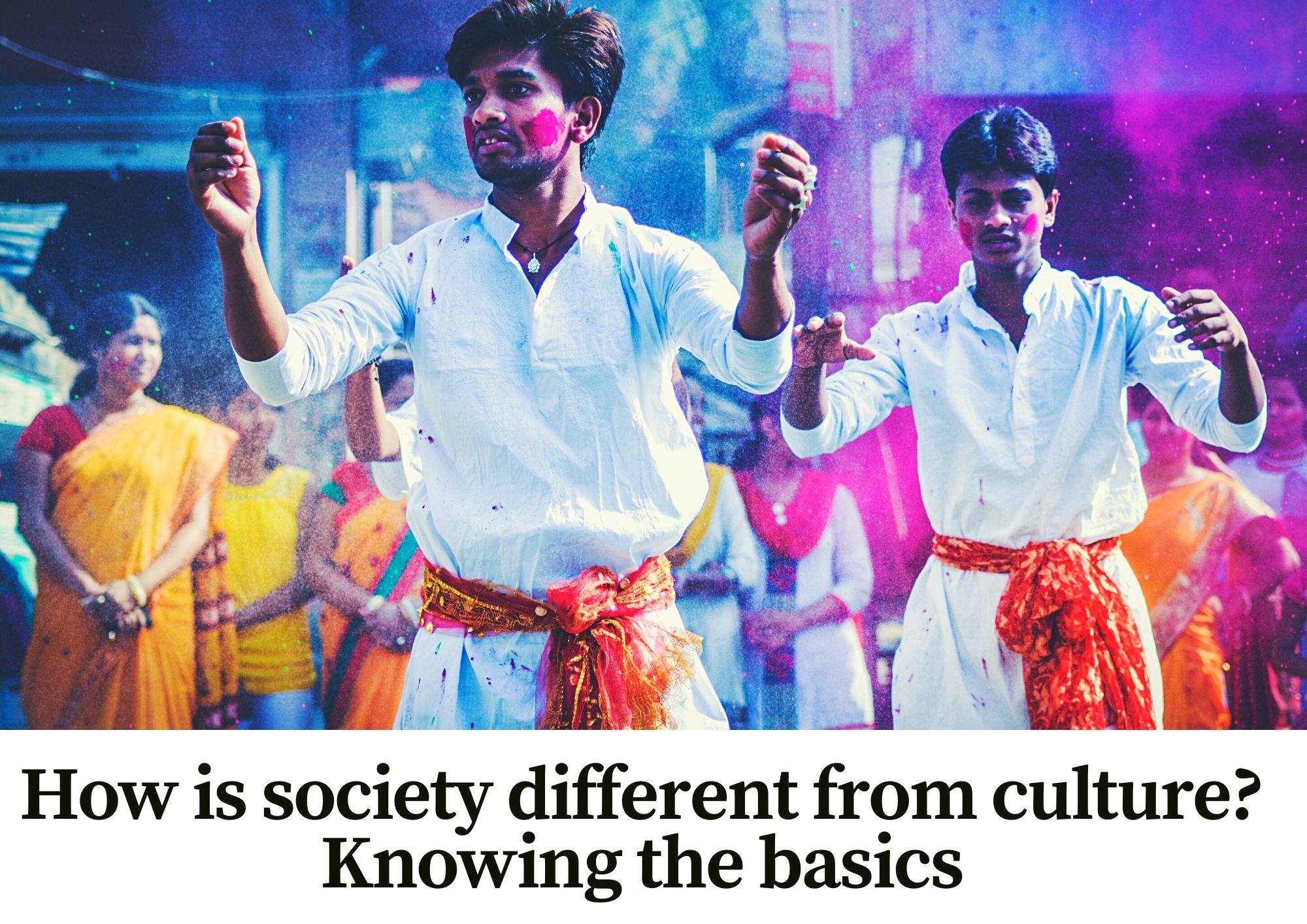 How is society different from culture? A question most people ask because they are not sure how these two things vary from each other. A lot of people think that society and culture are the same and they, therefore, use the terms interchangeably. However, there is a huge difference between the two and in this article, we will be discussing how society is different from culture. Besides, we will also be shedding some light on the origin of society and culture, how they have evolved over time, and how the future of these two is going to look. Make sure you read the entire article and clear out the misconceptions that you have regarding society and culture.

Let’s start our discussion and see what differences are there between society and culture, how are they different from each other, and do they have any similarities? Time to find out.

Understanding Culture: What Makes It Different From Society?

There is no one universal definition that can define culture. Different people have different definitions for this term. Sociologists define culture in one way, while philosophers define it in another. There is no right or wrong definition in fact. Culture is something that is man-made. It is not natural, that is something we all can agree upon. Culture is born when a group of people living together shares certain key values and belief systems. Cultures vary from country to country and place to place. There exist hundreds and thousands of cultures worldwide. Culture is a differentiating body between two groups of people.

Cultures are comprised of values, norms, and beliefs mainly. Culture is how a group of people living together live, work and communicate with one another. Cultures have evolved over the period of time and it keeps on evolving. With the passage of time, new and advanced things add to the cultures and change their future course. Some cultures that existed thousands of years ago cannot be found now, mainly because they failed to adapt to the changes in their surroundings. On the contrary, there still exist certain cultures around the world that have taken several forms over the periods. They have evolved continuously and are still open to new changes. That means that they will keep on evolving until the end of the world or until they fail to adapt to their surroundings beyond a certain threshold.

Material culture refers to things that have a physical existence, are seen by the naked eye, and are made by man. This includes everything that we see in our surroundings. For example, bridges, buildings, houses, planes, etc are all part of material culture. All these entities make up a culture. It should be noted that everything that mankind has created through various means, all construct a culture. Other examples include vehicles, mobile phones, spaceships, and satellites, etc.

Non-material culture is the opposite of material culture. It does not include things that have a physical existence. Rather, it includes ideas, beliefs, values, and norms, etc. Things that cannot be seen with the naked eye. Phenomena that are abstract and can only be felt. Some prominent examples of non-material culture include laws and regulations, dress codes, languages, and organizations, etc. It is important to note that both material and non-material culture plays a key role in the development of a society. In the absence of one, life would have been hard and it wouldn’t have been the same.

Moreover, high culture and popular or pop culture are further different types of culture. Pop culture is also known as the low culture. It is because pop culture is pursued by people belonging to the lower class of the society including laborers, daily wage workers, etc. It includes rock music, tv, and so on. On the contrary, a culture that people of high standards i.e. people belonging to the upper class pursue rich culture which is also known as high culture. It includes cinemas, modern technology, and fine arts, etc. What Is Society? How Is It Different From Culture?

How society is different from culture? It is not hard to draw the differences between the two and clear out the confusions people have in their minds regarding them. However, it is of prime importance that we first know about these terminologies separately in detail. Only then we would be in a position to fully understand the aspects in which the two vary from one another.

You just read about what culture is in detail above. Thus, it is now time that we get to know about society as well. What is it? How is it formed? How did it evolve? In the upcoming discussion, we will be trying to find answers to all these questions.

In simple words, when a group of people have the same mindset, share the same values, and have a common belief system, when they live together in a specific place, it gives birth to a society. Society and culture are not the same. It is worth noting that every society that exists or had existed in the past, had a culture or different cultures in some cases.

In sociology, society is defined as people who live together, communicate with each other, or in other words, interact with each other, and share a common value system, a belief system, and follow certain norms. A society is a group of individuals who share a similar way of life. An area where people live together forms a society. For instance, a city. Besides, people who comprise a society have the same traditions and culture. One society is differentiated from another one on the basis of its culture. Society is basically a representation of the people who form it. Cultures are important for the existence of societies.

How Is Society Different From Culture? Key Differences

Society and culture are interrelated. It means that although they are two different things, they still share a connection. Culture is a combination of peoples’ belief systems, values, norms, morals, traditions, and languages, etc. On the other hand, society is created when a group of people lives together in one territory and share common values. Culture plays an important role in the formation of a society. Without the existence of culture, the creation of a society is not possible.

Culture and society are interdependent. Societies cannot exist if there are no cultures. Culture is simply defined as a collection of value systems, beliefs, norms, institutes, organizations, traditions, and so on. Culture is always evolving. It changes with each passing day. Society on the contrary is formed when individuals who share some common values live together in a specific area or territory. A reflection of a society can be its economy. Whereas, music, dance, art, etc are reflections of culture. Different societies have different cultures. For example in Indian culture, people greet each other through hugging. Chinese and Japanese bow, whereas Americans shake hands. This shows that cultures vary from society to society. Every society will have its own unique culture and that makes it beautiful and different. Cultures are usually inherited from one generation to another.