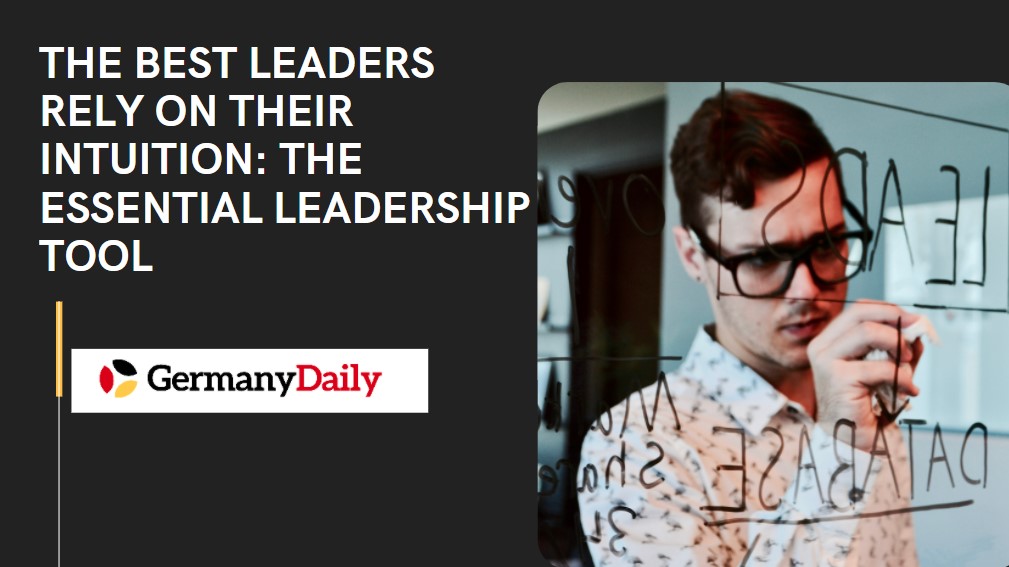 As they say that leaders are born and not created. This is true because intuition is something that comes naturally to a person. Bill Gates, Steve Jobs, and Elon Musk, all are or were driven by intuition. This is an essential leadership tool that is often sacrificed by subpar leaders for overthinking and unnecessary data analysis. The bottom line is that the best leaders rely on their intuition to carry forward their mission and vision with excellence. Let’s give you an example of this to make it more clear to you. Imagine in the office there is a conflict going on between your warehouse workers and the white-collar people. The average leader will waste time, in gathering data for his or her conscious mind to come to a conclusion and pick sides while the top of the line leaders will always use their intuition or the subconscious to come to a conclusion and halt the fiery situation that will eventually build up into something ugly.

Why intuition is important?

Look I give you an iPhone 4s and then I hand you the new iPhone from this year, which one do you think will be the faster daily driver for you? Of course, it will be the newer version. The same analogy can be applied to good leaders and average leaders. The mind of the average leader will always process data slowly because the usage of the conscious mind requires a lot of data feeding and overthinking while the brilliant leaders will rely on the intuition and the smooth working of the organization is guaranteed because they process data faster, they don’t overthink and they see the patterns more clearly than an average mind not relying on intuition. Even science tells us that the gut is linked with the brain through neurological pathways where information is transmitted back and forth. The gut has the ability to even store memories and it is because of the microbiome or a healthy bacteria in our gut that produces neurotransmitters that help us send signals to the brain to stimulate it and those people who rely on the gut feeling are using their second brain.

The gut feeling is often linked to the stomach and people believe that the stomach is the second brain of the body but this is not true. The entire digestive system that starts from the esophagus and runs to the stomach and intestines acts as your second brain. This is known as the enteric nervous system and is independent of the central nervous system and is very complex in nature. It works independently and is very much similar to how the neurons operate in the brain, thus this is known as the second brain. The best leaders who rely on intuition is true and that intuition might be because they have recognized that their digestive system or that gut feeling is something your second brain is feeding you and your first brain is not always right.

How to use your intuition

Look I will be honest with you, this thing known as intuition is only heard by the great leaders. This gut feeling is something that an average mind will find risky and not driven by much data but the best leader rely on their intuition by sensing what is happening in their body.

If you have ever stood up in the midst of making an important decision and have felt your body directing you towards a certain thing and your gut is giving you signals to go ahead, that is intuition in a nutshell. That positive excitement coming from your body, the tightening of your chest, the sudden burst of energy, yes that is intuition.

Not riding with others

The Best Leaders Rely On Their Intuition and Elon Musk is one of the best examples of it. He doesn’t go and rely on others or follow the crowd, he creates his own realities and then the masses follow him.

Sending humans to mars? How many besides Elon Musk would have even gone near to it and try to turn it into reality if Elon was not following his second brain, I don’t think so SpaceX would be a reality right now.

Look at the dogecoin now, everyone was busy investing in fundamental crypto coins like Bitcoin and Ethereum, etc but Elon had other ideas and he backed a meme coin. The reason behind it is that he wants to control and manipulate the hottest market in the world right now, the crypto market. If he was like others following data I don’t think so he would have made the most valuable crypto asset in the world the bitcoin to fall on its knees with few tweets.

Create your own trends, follow your own law, and don’t try to do what others are doing. intuition is the name of trusting your own ideas and innovative leaders are always driven by thoughts like this. If you ever want to be a successful leader, the use of intuition is important.

5 reasons why intuitive leaders do well Intuitive leaders do well for a plethora of reasons but let’s see the top 5 best reasons why they excel in their field while others lag behind. Even the ants show leadership and they trust the intuition of their queen ant.

10 Telling Signs Your Boss Is Threatened By You

Best Tips For Guys Who Give Up On Dating