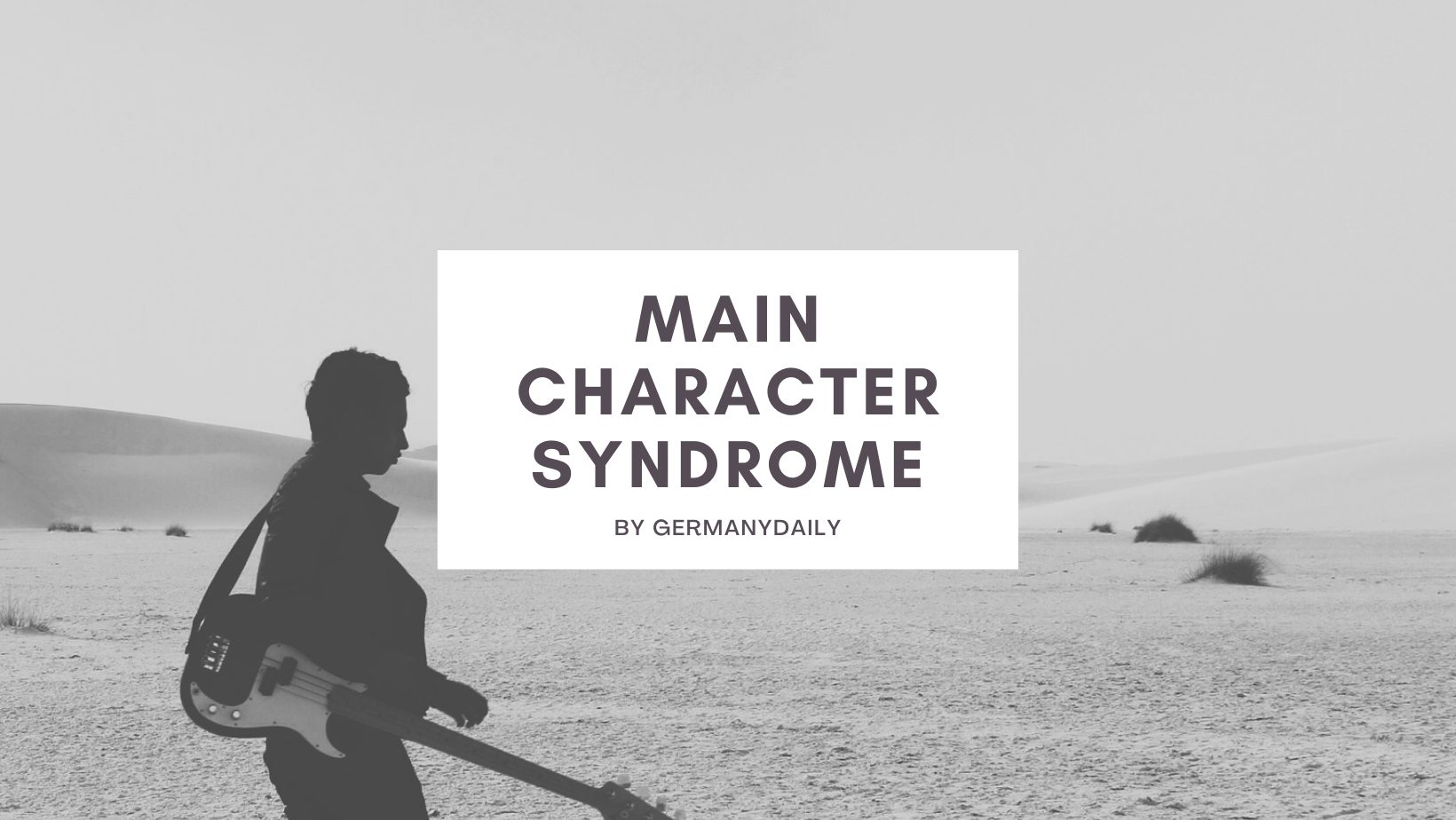 Main Character Syndrome is a phenomenon that makes you feel like you are the chosen one and everything revolves around you. Young people used to relate themselves to comic book main characters, but recently it has spiraled thanks to social media.

You might not have heard of this before – we just recently heard it ourselves – but it’s quite common. You will experience it from time to time subconsciously. Honestly? Unlike Culture Syndrome, We think it’s a good thing that people experience this phenomenon.

What is Main Character Syndrome? A healthy dose of MCS can be beneficial

We would like to clarify that having Main Character Syndrome isn’t bad, nor is it something to be worried about. While the name does include “Syndrome,” we like to argue that it shouldn’t be labeled as that at all.

It’s a simple case of thinking that you are the main character and everything around you fits your narrative. Some might even argue that every person is the main character of their life; we don’t deny that. But the people who experience this take it to the next level. They start thinking that every eye on the planet is on them, and that’s not true – unless you’re Brad Pitt. It can elevate your status in the world in your eyes. It can be considered borderline narcissism, but that can be technically said of any act of self-care. So, that’s why it doesn’t make it bad; it makes the experience human.

Reasons Why Main Character Syndrome Can be Good for You

MCS can help you focus on the positives

Humans are naturally quite selfish. The primary survival instinct is to survive – no matter what. Everything we do is to sustain ourselves, whether it’s eating, learning, or seek entertainment. But this is all normal because it is human nature.

You will start seeing that everything in your life is happening to you for a reason. This can make a person more optimistic as people tend to see life is working in their favor. Close friends start becoming ‘supporting characters’ who are there to make sure you succeed and cheer you on. Strangers become ‘background characters’ whose thoughts shouldn’t matter as much because they are not the show’s highlight. The obstacles become the ‘villains’ which you have to defeat to become the hero you were destined to be.

You start seeing your life as a script written by someone to be in your favor. You will start imagining yourself in scenarios that you wouldn’t usually think of. While most of the time, this doesn’t have any practical use, it still enhances your creativity. You start making the most out of any moment that is happening.

Excess of Everything is Bad

Overdosing will make you seem paranoid or narcissistic

As with all things, Main Character Syndrome has its disadvantages. Having an overdose of MCS can make you seem annoying to the people around you. Your life will start becoming too one-dimensional as you’ll be too self-absorbed, obsessed, and self-aware. It will begin to delving into the delusional territory rather than having a positive effect on your life.

You might start thinking that no matter what you do is the right decision – because heroes always make the correct decisions, right? Another thing that could happen is that you will start disregarding other people as just ‘filler characters’ who only see you complete your narrative. This can be highly toxic and bad for everyone around you. No one is the winner in that situation.

It’s almost like Mood Congruent Memory. If you think of the positive things, you’ll have a good aura around you, and people like Gemini will love hanging out with you. But as soon as you start thinking of horrible things – or start overdosing on MCS – people will feel toxicity from you. Embracing too much can lead you to feel paranoid or narcissistic – and that’s not a good thing at all. Since Main Character Syndrome is extremely common, we thought we would share a few examples we found on the internet. People who consider themselves the main character syndrome do not waste their time and turn every opportunity into a narrative.

For example, if you are shopping in a store and you see someone cute, you will immediately play a whole scenario in your head. The “main character” will go talk to the person and exchange stories with them in the hopes that the other ‘character’ will feel the same way about them. You will feel like this was a planned moment and that the other person is your soulmate.

Another example can be if your bus has a flat tire and has to stop. Normally it would be boring for a person but not for the main character. This would be a moment where they would start looking out of the window and start thinking about the decisions that led them here so far. This could also be an opportunity for them to strike up a conversation with the person sitting next to you. This can seem far-fetched to some people but these things actually happen if you look at the world from the perspective of the main character. Social Media has made MCS more common than before

Due to the rise of social media, Main Character Syndrome has become somewhat of a common occurrence. The fame that people get from various platforms often get to their head, and they start thinking that they are the main focus of the world. While this can be accurate in some cases, things start going bad if you take it too far. This can be harmful to you as it eventually takes away compassion and empathy for other people.

Many celebrities become so self-absorbed that they stop seeing people around them as humans, and instead, they only see them as fans or supporting characters. This can be extremely toxic for your ego and the people around you. It becomes a superiority complex instead of just harmless fun.

You must find the right balance of Main Character Syndrome and realize that you are the center of your own world and the people around you are to be cherished. Always be kind to them and try not to be manipulative to fulfill your narrative. A little MCS is always a good thing and can bring positivity to your life. Just make sure not to overdose on it and lose sight of what’s really important – you and the people around you.

We hope this clarified Main Character Syndrome for you as it can often be challenging to comprehend and acknowledge. Leave us a comment to tell us about your experiences with MCS, or just let us know what you thought of the article.

Is She Shy or Not Interested: 10 Signs That Tell The Truth