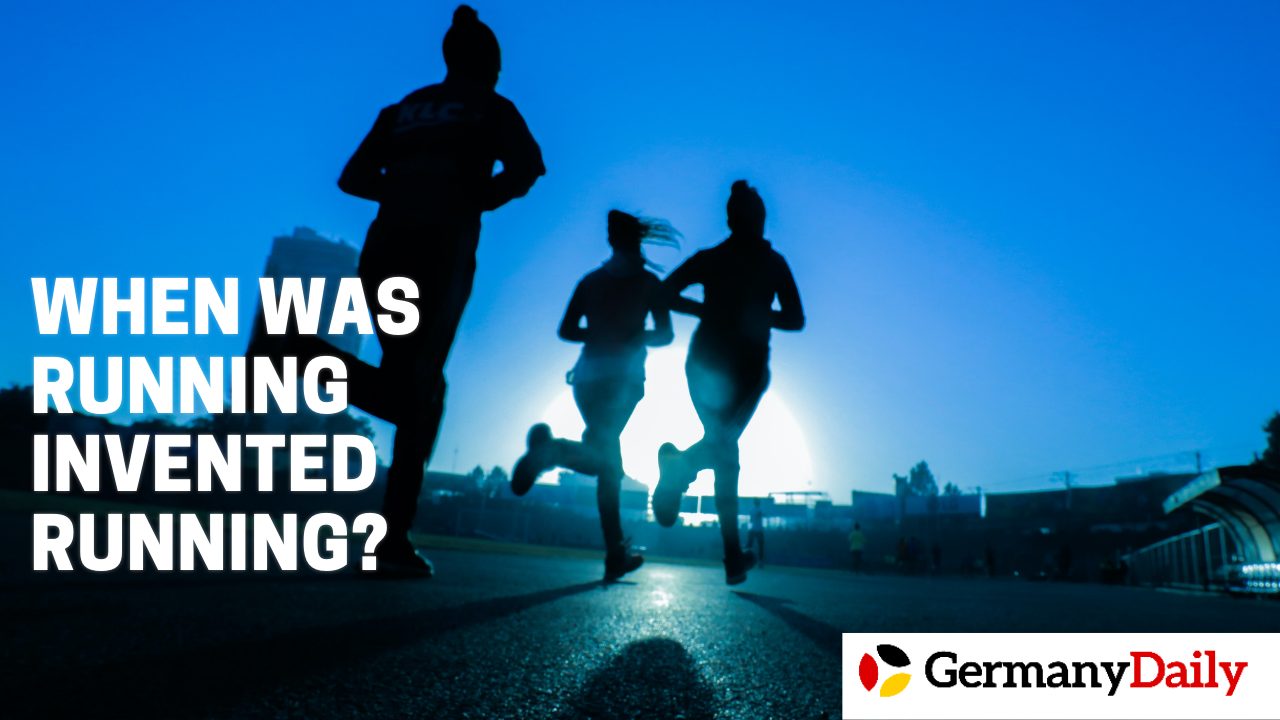 Running was perhaps invented about 2.6 million ago when hominins started incorporating meat from animals in their diet, and that is your answer to “when was running invented?” But it might not be fully true; let’s look more into it.

Why was running invented? Running was perhaps invented as an accident and then used as a tool of survival. Who even knows the name or history of the first person on the face of earth running – surely no one. One can assume that running was invented as a necessity; back then you did not cage the wild animals in the zoo or enjoyed national geographic or animal planet on your screens. You had to live in the wild and tried to survive. Running was used for hunting to running away from predators, in short, it was all about living.

When was running invented: Historical perspective Running is the father of all sports because every sport that you see, perhaps except golf and some other notable exceptions, is incorporated in every sport. History tells us that running as a sport emerged in ancient Greece, Egypt, and Africa, and it was a test of strength and athleticism.

The origins of a marathon and a ceremonial race can be easily traced back to ancient Egypt.

In ancient Egypt, when the Pharoah turned 40, he had to take part in a ceremonial race. It was a common practice when the pharaoh would hit the age of 40. The race only had one participant, and it was the pharaoh himself, and it was done to demonstrate to the people that the pharaoh was still physically able to rule.

Besides this, when a new king was crowned in ancient Egypt, he would run a marathon around the temples to demonstrate his corporal power and ability.

In Olympia, Greece in 776 BC the first-ever Olympics was held. From 776 BC till 720 BC running was its only event for the athletes. It was called the station, and it was a sprint of over 200 meters. After 56 years, the long-distance running was added and it was called dolichos, the tracks used were similar, but they ran till the distance of 6000 meters was covered. After 326 years of the first Olympics, a race called hoplitodromos was added, in which heavy armor was carried by the athletes as they sprinted about 200 meters.

Running in the modern world 55.9 million people in the USA alone participate in running in the USA. Just think about the whole world now, billions of legs run on earth, and there are many reasons for it, let’s look at it.

Running as a fitness tool

Running and jogging fall in almost the same category. Around 24% of Americans say they started running to get back into shape or to maintain their shape. You see people run on jogging tracks or in parks, even on sidewalks as it is one of the healthiest and safest ways to maintain your body. Running helps you regulate your cardiovascular system, makes your bones strong, and boosts your muscle strength. Durig the COVID situation, people running have miraculously increased.

People have made it easy for themselves by having machines like the treadmill at home to run instead of going out, which has a good and a terrible impact as well.

Running as a sport

Many running competitions are held around the globe. There are local and international competitions. But here we will emphasize on Olympics. The Olympics consists of 800m, 1500m, 5000m, 10000m, and marathon races. To qualify for Olympic races, you need to be eligible for your nation’s Olympic team and beat a qualifying time.

The winners are then awarded medals. Gold is awarded to the athlete coming first, silver to the runner-up, and bronze to the one who comes 3rd.

Some facts about running Do DNA and running have a link?

According to a survey by aapmr.org, around 70% of runners will get injured during the process. The most affected place is the knee, and there are other injuries of the shin and heels that are common. The main reason for this is the lack of warmup knowledge, using the wrong shoes, and too much pre-mature stress on the body because of running beyond your capacity.

2. Not everyone can run

Not everyone is built for running; around 20% of the earth’s population lacks the genes to be able to run correctly. Their muscles are made in such a way that they don’t get enough oxygen while running, and they get fatigued easily also, the intensity and the demand of oxygen being not met causes an excess of carbon dioxide, causing shortness of breath even after a short run.

In the 1904 Olympics, which took place in the USA, a runner named Frederick Lorz was part of the marathon. He drove 14.5km in a car to take advantage of many runners forfeiting because of the terrible heat; he completed the rest of the journey on foot as his car had an issue and the crowd in the stadium welcomed him as the winner of the marathon but later his fraud was exposed.

On average, a man can run 3 days at 24KM/h because of the fats stored in his body. It is not a surprising thing, because when an obese or overweight person starts running, they tend to lose more weight as compared to a skinny person and the main reason is more fats stored in their body.

55% of the people run alone, running is considered a personal time by many people, and it is one of the major ways to reduce stress and take time off for yourself.

Running has always been part of human history, from survival till competitive running till it became a hobby and not a necessity. The impact of this act on humans is often overlooked; imagine our ancestors never thought that with these legs we could run? Then there would be no NFL, NBA, Football, etc. Even big brands like Nike or Adidas wouldn’t exist.

Article updated with more information – May/2021.

When Was Walking Invented: History And Facts About Walking