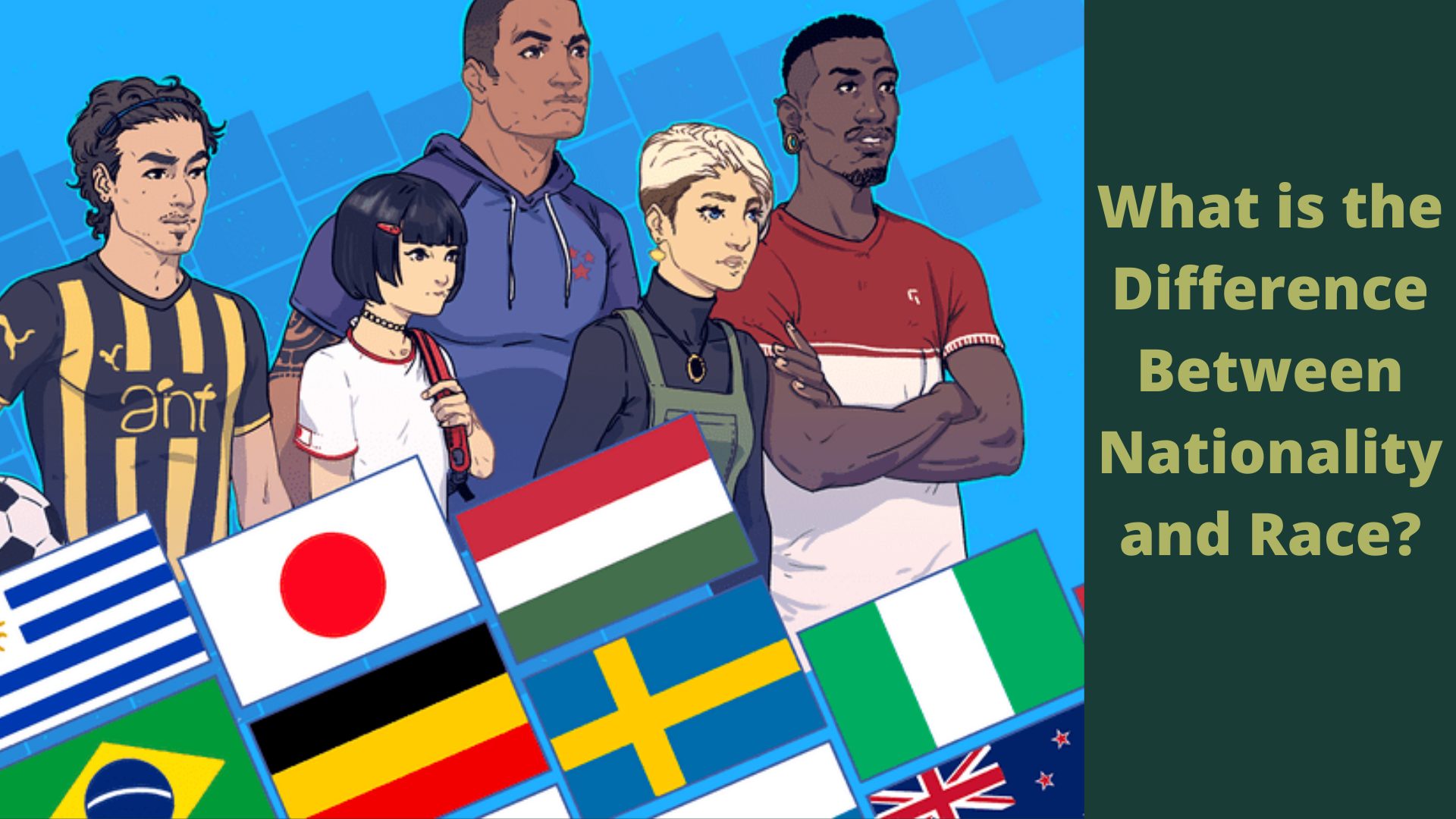 Culture is the way of living of people. It is the mixture of shared norms, traditions, values, beliefs, and rituals. We are living in the 20th century, but still, you may have heard of cultural differences these days. You can find the detailed definition of culture in Sociology. Even it has become a controversy now due to too many different points in nationality and race. Moreover, nationality and race are the two significant aspects of culture.

The Difference Between Nationality And Race

In this article, we will look at the points of difference between nationality and race. But it is important to define both terms first.

What is Meant By Nationality And Race?

When you say that you belong to a specific nation, state, or country, it refers to a nationality such as Germans, Americans, Nigerians, British, and Greeks.

When you say that you belong to a particular group of people due to your physical features like skin color, eye color, hair color, and facial characteristics, it refers to a race such as Mongolian, Caucasian, and Negroid. All the Things That You Need to Know About Nationality

There are so many different meanings of nationality. It depicts the association of a person with some specific state. Nationality refers to a person’s belonging to a particular region, state, country, or nation. For instance, if someone is an American national, it shows that the person is a United States citizen.

In addition, as an instance, if you are born in Germany, you will be able to get citizenship in Germany. Otherwise, you will have to apply for legal citizenship from the Government of Germany. Your citizenship helps you to define your nationality. But if someone asks whether all the citizens receive the benefits given by the state on an equal basis. The answer is no. Multiple factors will affect all the benefits and privileges. So here, the concept of nationalism comes. Therefore, culture has two important aspects that are nationality and race.

What Do You Mean By Nationalism?

Nationalism refers to the belief that one’s state is superior to the others. The real sense of nationalism focuses on putting aside all the discriminations and differences for the betterment of the state. But the reality is different. In nationalism, all the people of the state are treated equally without any discrimination of caste, creed, and race.

Root Cause For Many Problems

On the contrary, nationalism gives rise to various problematic issues. When a person thinks that his nationality is preferable to all the other things, many issues arise. For instance, the citizens of Germany speak the German language. They always prefer to speak German. The nationalists believe that if you are a German, you should speak the German language as it is the national language of Germany. Moreover, those citizens who do not speak German are considered ‘less German.’

All the Things that You Need to Know About Race

The concept of the race came in the late 16th century. The race includes facial, eye, hair, skin, and physical features that make a person belonging to different groups of people. There are different definitions of race in different centuries. When some people have the same physical and natural features, they belong to the same race. It is a debatable question that what makes people belonging to a particular race. Some experts believe that it is the biological features that differentiate people based on various races.

On the contrary, some experts argue that the societal phenomenon differentiates people based on various races. Moreover, science has also proved that the societal phenomenon gives birth to various races. But now, people think that if they are constantly tagged to a particular race, they are ridiculed by others. In addition, they do not feel it good at all. Therefore, it is important to differentiate between nationality and race has increased much in this age.

For instance, the black people in the United States feel inferior when the white people constantly name them an ancient race. Further, Slavs and Jews were considered the inferior races to the Nazis. Even the Irish were considered as a separate race, but they were white people as well. But usually, the race is a simple way to recognize people based on some physical or natural features. What Do You Mean By Racism?

In this modern era, people still have racist behaviors. Many countries have opinions and beliefs based on a broader level. Racism behavior has become a societal norm now. When the black and white students pass their graduation from the same universities, the black students get less pay than the white students in the jobs. No one can blame others for this racism since it has become a central part of society. Even everyone finds racism as a common thing these days. Difference between Nationality and Race

The Scientific Fact About Nationality And Race

Science has proved that your race does not make you significantly different from others. It is just a matter of differentiation and identification. There is no confirmation that all the people belonging to the same race or nationality would be good ones. The people are not good or bad as per their race and nationality. Rather, it is the act of people that is good or bad. So try to treat all the people equally. Even science has proved that race or nationality do not affect the personalities of human beings up to a great extent.

There are some significant points of difference between nationality and race. We distinguish people based on their physical features in the race. In comparison, we differentiate people based on their states in nationality. Despite this difference, you should never forget that all are human beings no matter what race or nationality they belong to. So you should try your best to treat all the people on an equal basis. Most probably, you would find some goodness in almost all the races and nationalities of the world.

Surface Culture: The Fundamentals of it