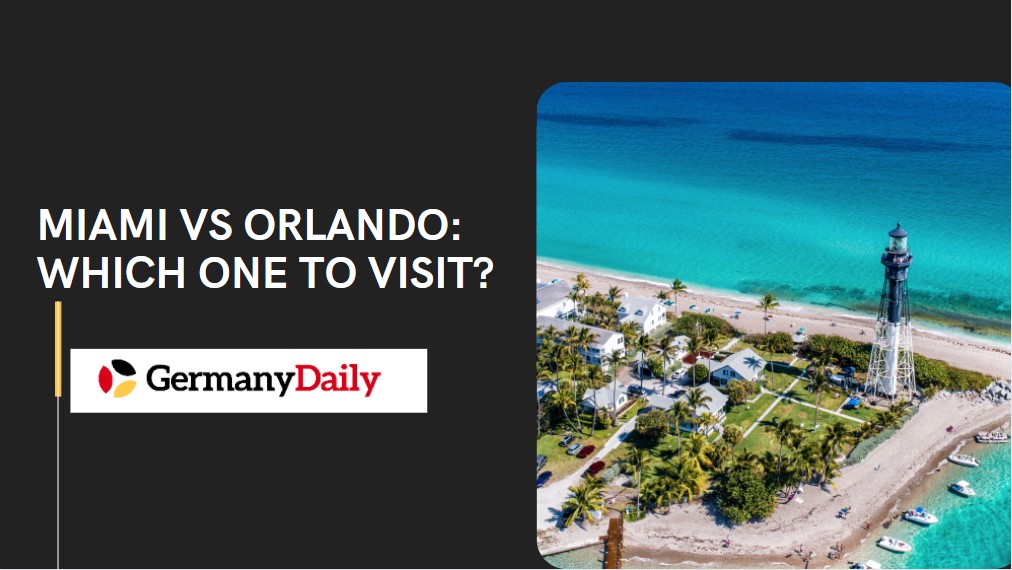 Miami vs Orlando is an endless debate, and if you are stuck like many people between this debate, then you have surely landed at the right place. Here we will be telling you about which one to choose, the more family-friendly Orlando or the party going Miami.

The answer to the question is very simple. It depends on your martial status and nature more than anything. Both places are polar opposite and are not alike but being polar opposite means the choice is even tougher. But don’t worry, our simplified comparison below will give you all the answers you are seeking.

Orlando is a place for which your children will be screaming because it is the land of Walt Disney. There are many theme parks where your kids will enjoy their time in while beyond Walt Disney the Universal Orlando resort is world-famous. It is not about just the theme parks, there are plenty more in this city. With mesmerizing cuisine, restaurants that have a world-class ambiance, and big shopping malls, in this city as a family, you are never getting bored or fearing your kids to follow the wrong direction in life.

On the other side, Miami is famous for its nightlife and it gives a boost to people with great imaginations. It is certainly not family-oriented and is more attractive towards adults who are yet to begin a family. If you are on the verge of your youth, there is no better place than Miami for you in Florida. Once the sun says adios to the world and the moon & the stars take over, then the actual life begins in this city. The beaches are full of amazing, open-minded people with whom you can open up and make a great bond.

Orlando is known as the world capital of theme parks. The park resorts are thus plentiful in Orlando and it lives up to the name given to the city. They are luxurious with every necessity imaginable. Being family-friendly is one of the biggest plus points of why the families choose this city over Miami.

On the other hand, the city of Miami has cheaper options of accommodation because they don’t play the family-friendly card. Majority of hotels or resorts giving good services that are family-friendly charge you a hefty amount, while it is not the case in Miami. The beach hotels, the amazing luxury apartments here are accessible and aren’t that family-friendly and you can spend a great time the adult’s way without violating some protective parents.

The city of Orlando is a place where you can visit the origins of world-famous entertainers like the Walt Disney World, the Universal Studios, and the Shakespeare Theatre. As a dad, you will not get bored while your kids enjoy Disney land because there are world-famous golf courses in this city. The city is mainly going to attract families who want to get away from the world of smartphones and gaming consoles and be more focused on outdoor activities. There are adventure parks for outdoor activities as well as amazing zip-lines. Nightclubs and Miami are often linked together, but you should know that this city is more than that. As we told you earlier, this city is where imagination is given importance, and for this reason, there are many art galleries, museums, and nude beaches. The Wynwood Walls Street art is the most beautiful place where you will find the raw imagination of many artists and Miami Beach is going to be the best sunbath of your life. The night hits different though; in Miami, the focus shifts away from this sort of art towards dance, cocktails, and big clubs where you socialize and party.

Romance in Miami vs Orlando

Romance is something that never sleeps, and no place is better than Miami, because this city never sleeps. Of course, for romantic couples, Orlando has Disney springs and other attractions like that, but who finds Disney springs as romantic as the beach resorts of Miami? With great wine bars, lights, jazz music, and a beautiful view of the beach, Miami certainly comes on top in this regard. The city of Orlando has many elite restaurants but Juvia restaurant is the most romantic place to eat in Florida. The place offers a clear view of the city of Miami as you sit on the rooftop of it, with the light engulfing you in its charm while you bite on your favorite food with your most valuable person, no way Orlando can beat that. Over here Miami has an edge in the Miami vs Orlando debate.

Traffic in Miami vs Orlando

If you are hailing from a place that has poor road planning, then Orlando is the place where you will feel more at home while driving a car but if you belong to a place where traffic rules are not given importance even by the police, then Miami is where you will most likely connect with.

I leave this situation to you; it is your call at the end because we can’t come up with which aspect is more easily accommodated into the routine by a visitor as the situation of traffic is bad in both cities.

There are many types of people, but the two categories most fall in are introverts or extroverts. If you are a more into yourself person and don’t socialize much, then Orlando’s city is perfect for you because in comparison to Miami, it doesn’t pull much crowd who congest areas. At the same time, an extroverted person would love the nightlife and the flock of people in Miami.

Houston Vs Austin – All Things Compared

Tone Vs Mood: What is the difference