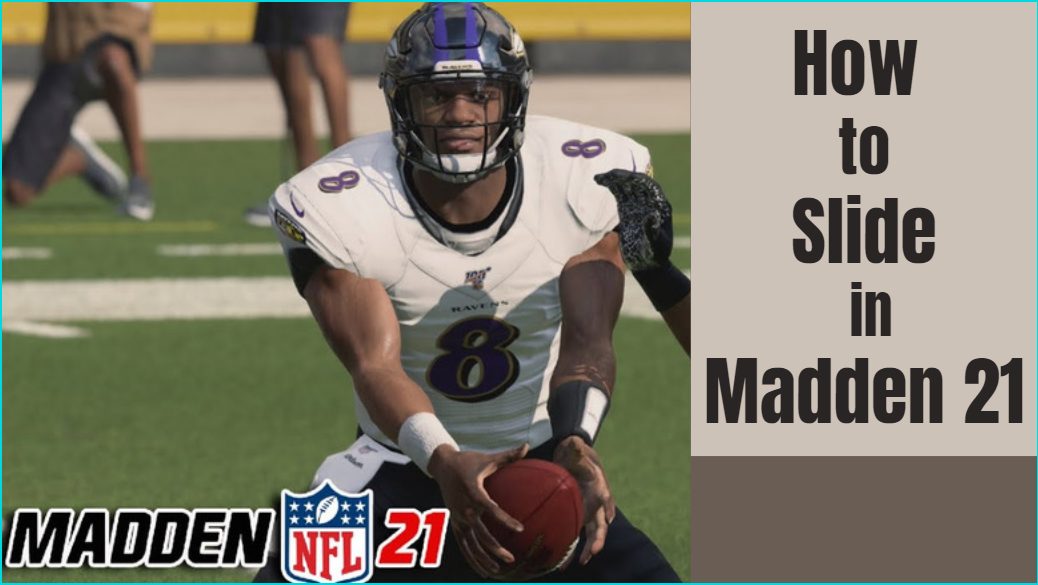 Learning how to slide in Madden 21 properly, is a very crucial part of the game. It can either turn the entire game in your favor or be the reason for your bitter defeat. If you want to become a professional player, you must first learn the basics of it. You do not want to make fool out of yourself in front of your teammates or your rivals. Then, you advance to learning some important techniques. Knowing how to slide properly in madden 21 is one of those key techniques that will help you advance in the game. Work hard on your basics and skills, choose one of the best Madden teams, and you will be able to become a professional in no time.

Sliding also helps you avoid unnecessary injuries and fumbling. If your quarterback gets injured it will be harder for him to get hold of the ball and will let go of it. Especially, the quarterbacks with light builds will face a lot of damage, causing them to drop the ball. Such small things might create a butterfly effect and result in your utter defeat. Even diving is not really as convenient as sliding. Diving will cause you to drop the ball because quarterbacks find it rather difficult to keep a hold of the ball while making a dive.

A lot of Madden players have struggled greatly on how to slide in Madden 21 for a long time. The problem wasn’t exactly in the players, though. Even, the most professional of the players would fall, fumbling and crashing into others. The main reason was the controls that were first introduced. However, we don’t need to know about the earlier errors because the configs have already been modified. With the updated controls, there’s much less confusion and struggle. This guide will help you learn the updated and professional way of how to slide in Madden 21.

To slide with the quarterback in Madden NFL 21, there are some conditions you must keep in mind before carelessly sliding and colliding into a defender. A small mistake such as this can turn over the entire game and decrease your chances to win. The first thing you must make sure of is that you must be running after the line of scrimmage. Secondly, you should be running with a quarterback. You can use other players but a quarterback is the most suitable.

First, hold onto R2 (PS4) or RT (Xbox) to sprint. Now, release the sprint button, and slide by quickly double-tapping the ‘square’ button (PS4) or the ‘X’ button (Xbox). Do not hold the square or X button. Doing so will make you dive with your head touching the ground first. You are going to collide with other players and get your own player injured. Also, make sure to release the R2 or RT button before sliding. Holding the sprint button while trying to slide will make you dive head-first instead of slide.

The Effective Way to Slide

When sliding with a quarterback, it will be hard and almost impossible to reach for a first down. It’s best to use R1 or RB to cover the ball and then, take the hit or even dive in. This is the best thing to do if you are close to the first and the defense is closing in. Also, remember to keep an eye on your stamina. If you sprint carelessly to slide without noticing your fatigue, there’s a high chance to get caught from behind and start fumbling.

Other ball carriers, including running backs, wide receivers, and tight ends, can also slide. You can slide with them tactfully with a strategy to avoid an attack from the defense. However, it’s better to do block shedding as a running back, wide receiver, or tight ends.

On September 22, 2020, EA Sports introduced a new patch update, changing the controls of sliding. Here, we will tell you what the first controls were. Previously the controls were, one could say, simple when you just learn about it but were really hard and confusing to execute. You only had to press the ‘Square’ if you were on PS4 and ‘X’ if you were on Xbox. Not forgetting that you must be running past the line of scrimmage and you would slide. It sounds easy but in reality, it wasn’t as simple as it looked.

If you, even by accident, held onto the X or ‘Square’ button for even a millisecond longer, the Quarterback would make a dive instead of a slide. The accidental dive instead of the slide caused people to fumble and lose their minds. It frustrated many of the players and caused many other issues. It made a winning game lose and gave an unfair victory to the opponent team. Because of the troubles the previous controls caused, many players became reluctant to sliding, losing the will to master a great technique that should help in winning.

Explained: How Many Valence Electrons Does Calcium Have?