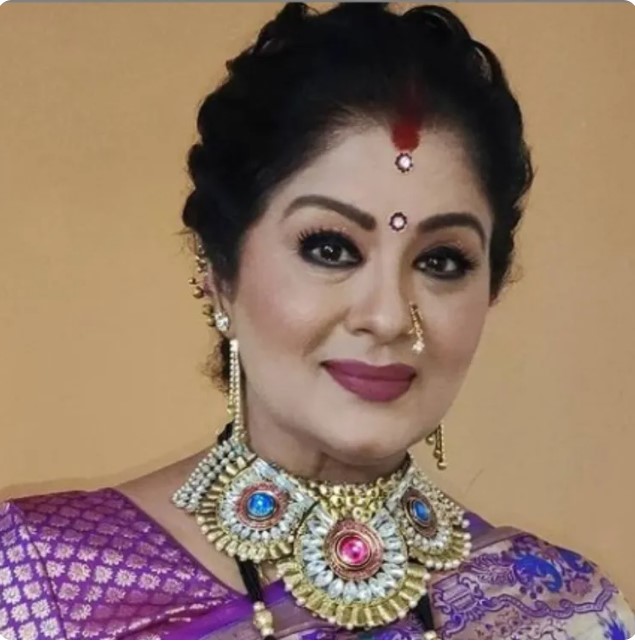 Sudha Chandran is a well-known name in the Indian film industry. From being an accomplished Bharatnatyam dancer to a very popular actress, Sudha’s journey is quite inspiring for her fans. Here’s everything you want to know about the famous Sudha Chandran.

Who is Sudha Chandran: A Complete Biography?

Sudha Chandran is an Indian actress and a Bharatnatyam dancer. You may have seen her playing some classic roles in some Hindi as well as Tamil serials. She had a great and inspiring career in dancing. Even after her amputation, she has achieved many greater heights. In this article, we are going to talk about the early life background, career, achievements, and personal life of Sudha Chandran. If you are also interested in learning more about the hardships and achievements of this famous Bharatanatyam dancer, then keep reading the complete bio of the National Award winner Sudha Chandran.

Sudha Chandran always had a passion for dancing and acting. She was born and raised in Mumbai. However, her family hails from Vayalur, Tiruchirappalli, Tamil Nadu. In an interview, she said that her grandparents had migrated to Kerala from Tamil Nadu. Later, her family shifted to Mumbai. Let us take a sneak peek into the early life of Sudha and learn about her age.

Sudha Chandran was born on 27 September 1965 in Mumbai, Maharashtra, India. Currently, she is 56 years old. Her father was KD Chandran, who was also a popular actor of his time. He used to work at USIS. Sudha’s father always supported her in pursuing her passion.

An Accident That Changed Sudha’s Life

When Sudha was 16 years old, she met with an accident that introduced a phase of hardships and struggles in her life. In May 1981, Sudha Chandran was returning from Madras with her parents. Near Tiruchirappalli, Tamil Nadu, she met with an accident in which her legs got badly injured. She was then admitted to Vijaya Hospital in Madras. During the treatment, doctors found out that her right leg became gangrenous, and an amputation was required.

After the leg amputation, she took the help of a prosthetic Jaipur foot that helped her gain mobility. Sudha often recalls how hard and tough this time was for her. Even though her leg was hurt, and it took her a few years to recover completely, she did not give up hope. Sudha continued her dancing career. After a complete gap of 2 years, Sudha returned to dancing and later performed in various countries, including India, the United States, Saudi Arabia, Canada, the UK, UAE, Bahrain, Qatar, and Kuwait.

Seeing this, many newspaper articles and magazines took an interest in her life and featured her story. In fact, she was also a leader in her Telugu biopic ‘Mayuri.’ Her performance in this film helped her earn a National Award – Special Jury Award at the 33rd National Film Awards in 1985.

After her recovery from the accident, Sudha started dancing again. She began her acting career in the Telugu film ‘Mayuri’ which was based on her life. This film was later dubbed in other languages, including Tamil and Malayalam. During her dancing career, she gained many awards and recognitions. Sudha had also established Sudha Chandran Dance Academy in Pune and Mumbai. Let us take a look at some of the most popular films of her career. Sudha Chandran has also appeared in several TV shows. She was part of shows in various languages, including Hindi, Tamil, and Malayalam. Here are some television show appearances of Sudha Chandran Sudha Chandran married Ravi Dang, an assistant director, in 1994. She liked Ravi’s focus and dedication to his work. Since her dancing career, Sudha has been an inspiration for many women in India. The struggles and hardships that she faced during her career have instigated the realization of strength and confidence in many. Sudha is also available on different social media platforms, including Instagram. At the time of writing this article, she has around 254k followers on Instagram. Aside from her acting career, Sudha also runs her own business. Her net worth is estimated to be around ₹306 Crore. However, the exact figure is not known.