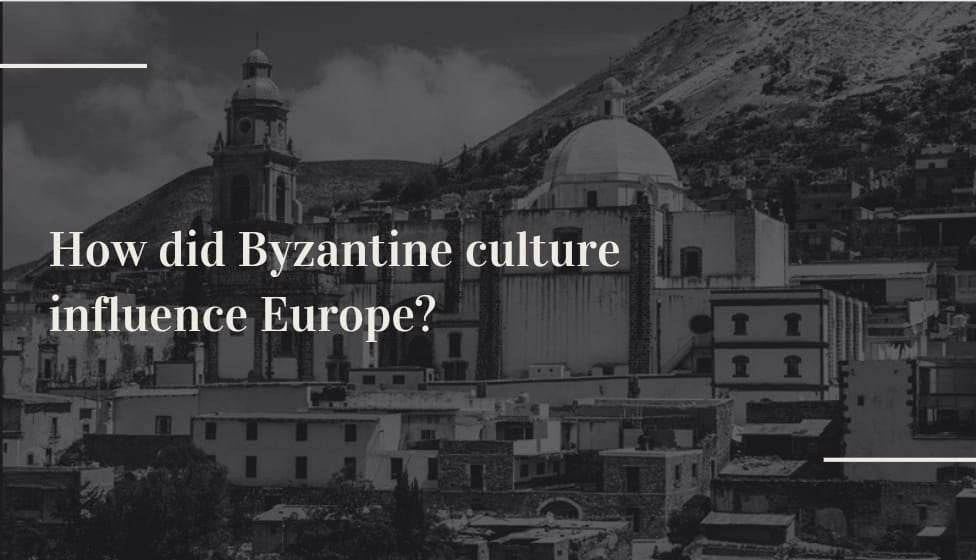 The most notable contribution in the history of the Byzantine Empire which tells that how did the Byzantine culture influence Europe is the Haga Sofia which is located in Istanbul, Turkey. It has previously been a museum and a Christian church. It is the base that started the construction of churches spreading all over in European countries and lasted about 1123 years approximately from 330 A.D to 1453 A.D The Byzantine Culture and its Contributions

The Byzantine culture is considered to be very unique because it was a blend of different religions, ideas, and ideologies including religion like Christianity, ideologies, and technologies of Roman and Greek which is why it has influenced the whole world and especially Europe a lot. The western countries of Europe were influenced by the arts, architecture, and trade of Byzantine culture.

Some other contributions of the Byzantine Empire and culture were the amendments and developments of the Roman law, the language and learning of the people were preserved for the upcoming generations and the church being kind freed the Slavic countries and converted them. The Byzantine Empire also contributed to giving Emperor the strongest power, the rights of all the individuals were protected, the non-Christians and Jews were discriminated against each other for the first time and they played an important role in helping the women to inherit property by bringing rulings. Influence on other countries

Also, a written language for the Slavic countries was developed which is known as Cyrillic which helped the people to adopt the Greek language. Cyrillic was named after the late Greek monk Cyril who helped a lot in developing the language. The Lasting Impact and Influence

The culture of the Byzantine empire was a blend of different ideas of people belonging to different religions and ideological systems. The trade was growing every day and the hub of the business was Constantinople. The Byzantine Empire and its people had a very important history as it revived the studies and researches of the Roman and Greek and its people spread Orthodox Christianity all over Europe and other parts of the world. During the existence of the Byzantine Empire art and literature improved and artists started using new techniques and ways to express themselves keeping themes religious and mixing Greek and Roman ideas.

The Byzantine culture was so powerful and influential that even after the decline of the Byzantine Empire its culture and its religion are still practiced among different countries of Europe which include Greece, Romania, Russia, and Bulgaria. Byzantine Empire and the Trade culture

The decline of the Byzantine Empire

How do you discover music and pop culture in 2022?